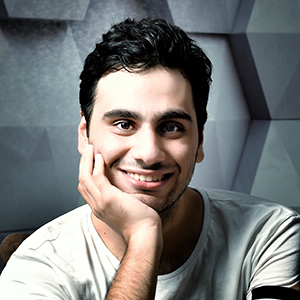 How much can be controlled by the biased information around us?

We are living in a world that even toasters are making data. We are surrounded by an unimaginable amount of information that each one of them can change the world on their own. One single video clip can put someone in prison. One specific text can change people’s minds about the president of a country. We are living in a world that people’s casual data that they don’t even care about changes the results of the most important election in the world (the US presidential election). For more information, you might wanna watch “The Great Hack” (https://www.imdb.com/title/tt4736550/). These small data such as liking or disliking a cat movie on Facebook can provide identical and unique information about each one of us. Now, based on a very simple search history analysis, they can find unique patterns among everyone’s search histories in a way that based on your website browsing data and only that, one can identify the individual with 100% accuracy (see more on https://www.zdnet.com/article/mozilla-research-browsing-histories-are-unique-enough-to-reliably-identify-users/).

Seth Stephens-Davidowitz in his book (Everybody Lies) explains how people lie to each other, society, and sometimes themselves but they cannot lie to Google. That is why all the polls that were trying to predict the results of the elections in 2016 and 2020 came out wrong. Because people lie. Due to the fact that the educated layers of society generally believe that democrats are “MORE” reliable than republicans, so everyone wants people to believe that they support democrats, so they lie about their favorite parties. As they lie about their condom consumption because it is believed that using condoms and generally using lots of them means that you are having frequent sex and they are all safe and protected, but that is just a lie (read more in the book). So the point is people most of the time, lie to each other, to society, to their friends, to their partners, and sometimes to themselves. As an example, one might have discomfort during the night and wake up and to their partner’s question about “what is wrong”, answer: “Nothing. Everything is just fine”. On the other hand, they search on Google about frequent stomachaches. Therefore, it’s believed that Google knows about us more than our life partners and most certainly more than ourselves.

So, we know that the data we generate is out there in the hand of giant data analysts, and on the other hand, we see that how that data, especially a large amount of data can change the world. This data can make an army of people to do something without them knowing that they are controlled by a collection of false information around them. They act like they are free, but they are not.

When an enormous amount of data from different sources appears around us frequently, we start to believe it. Not only seeing a set of false information can mislead us, but also the absence of information also can mislead people. This is what the media is doing. They try to show that they do not lie, however, their engineered selection of the content leads us toward the destination targeted by media. We all talk about how the media is biased. We all talk about how data is dangerous. However, we are not aware that we all are affected by that. The power of big data is so huge that the FBI tends to retrieve information about people that buy felafel in the US based on their bank card transactions in the middle eastern shops. Maybe a small amount of this data does not violate any privacy restrictions but if a company or any organization accesses a large number of small information that no one cares about (I mean it’s just a falafel purchase in the end right?), connecting the dots will allow them to obtain a huge amount of accurate knowledge about every single aspect of one’s life and in the end, you find yourself in a group of people that work, make money and try hard to achieve a preset goal.

My point here is not to talk about how we are doomed or how we are controlled by huge big data companies. However, my point would be how to get out of this shit.

It is not always big companies that provide us with biased data. If one wants to name a completely unbiased media, it might be the research publications. It’s believed that scientific research is based on observations, data analysis, and impartial reviews by other scientists. However, even in the science world every single researcher and every single paper wants to say that we are better than others. Everyone claims that the system that they built beats state-of-the-art in so many different levels. Efficiency and effectiveness. In most of the cases they also know that this is not the case, and their results always try to cover the weak points of the system instead of showing the strength of the built system. This will lead to a point that even the reviewers of the papers want to hear that lie. If a scientist tells the negative side of her research, no one will take her seriously. They always should over-sell their products, research, and papers.

So if we call this area unbiased, we all know what is going on in the commercial side of the world.

How we actually can stay unbiased as an independent individual? How we get to differentiate biased information from impartial information from absent information? We definitely do not have access to all possible information that is out there and we even cannot think about their existence.

Let’s talk about another example. Assume that the BBC channel announces breaking news around the terrorist attack in Vienna. Not only the BBC but also all the other new agencies talk about it because that is the hype of the week. That is the feed. So people all over the world know about this horrible horrible horrible attack. The same with France. People might think that yeah, I’ve heard about and it is so nice that they are connected to the world and in less than an hour after the incident, they can discuss it with their friends in the US or Australia. But how many people know about the terrorist attack that happened almost at the same time period in a university in Afghanistan? How many people know about the number of killed students? How many in the world know about the student that got 100 calls from his dad on his bloody phone? How many people are aware of the most disappointed, heartbreaking text message that his dad sends after not hearing from his son? what is the difference between students in Afghanistan and people in Austria? The only thing that I can call it is “Racism”. No one prays for Afghanistan, why? No one changes their profile photos to black because of an attack there. Why? The media didn’t lie about what happened in Afghanistan. They just ignored it. But if people want to draw a conclusion based on their information, the decision would be biased. Although they do not mean it. Because the information is not there. If you do not have enough information, the model that you build in your brain, which is a compact model made out of your input data to make the decisions based on the historical information, would not be general enough. It would be biased in so many different levels.

What is the solution? How to stay unbiased in a world that we are blinded by impartial, incomplete, and false information?

I personally try not to believe what I hear in the first place even from a very reliable source. I would like to do my own research. Also listening to people that have the opposite ideas. As I read in a book (don’t remember the title now) when people want to draw a conclusion and are looking for more information to build their conclusion upon, they mainly are looking for the information that they want to hear. Most of the time, we have already made our minds about what we wanna do, but we are only searching for the data and knowledge that strengthen and supports the decision that has already been made. Therefore, a solution to get out of this loop is that when we want to gather information to build a model and make a decision, intentionally, we look for controversial and opposite set of information. Try to listen to people on the other side. Try to listen to people that do not agree with what you’re saying.

I believe that we definitely cannot change the world as a single individual. However, I believe that by behaving impartially we can affect our surroundings. So we can impact our circle of friends. The small world theory says that everyone is connected to every other person in the world with only 6 friendship links. This circle can get bigger and bigger and bigger until it gets to a point that we are free and independent individuals as we were born.

You May Also Enjoy

Is Human Being Just A Local Maximum?

In this post I would like to talk about the evolution and its relationship to local optimum concept!